Analysis of medium that has been used for embryo culture offers further approaches to determine embryo “health”/viability. Three different types of substance have been studied as potential biomarkers:


Since such molecules may be found in only minute quantities, assay methods must be highly sensitive, with cost efficiency and methodology that can be applied in clinical IVF. Apart from small sample volumes and low analyte concentrations, the presence of albumin in the media also makes it difficult to detect other proteins in a 60- to 70-kDa range.

Advances in technology facilitated noninvasive measurement of amino acid uptake/output into the spent culture medium of individual embryos, and products of embryo metabolism have been quantified and used in attempts to identify healthy embryos. During early development in vivo and in vitro, each preimplantation embryo will utilize numerous substrates from its immediate environment: oxygen for respiration, sugars, energy sources such as glucose and proteins/amino acids. The embryo also secretes many waste products of metabolism into its immediate environment. The turnover of these substrates and products has been measured in embryos themselves and in their culture environment.

Embryo oxygen consumption by respirometry has also been used to quantify embryo metabolism. Details of the advantages and disadvantages associated with each of these different methods are reviewed by the researchers. Potential biomarkers were identified in different trials, but none have proved to be consistently helpful for clinical use.

The use of amino acid turnover to predict the developmental competence of individual embryos is based on the premise that metabolism is intrinsic to early embryo health and that the embryonic metabolome is immediately perturbed when embryos are stressed. Amino acid profiling has been extensively tested as a valid clinical diagnostic test for embryo selection in animal species, including mice, cows and pigs, as well as humans. Collectively the data on amino acid metabolism across these species indicate that:

The association of metabolic profiles of certain amino acids (particularly asparagine, glycine and leucine) with embryo viability is based on a variety of complex interactions that involve energy production, mitochondrial function, regulation of pH and osmolarity. Nevertheless, on the basis of the turnover of three to five key amino acids, morphologically similar cleavage stage human embryos which are metabolically “quiet” were identified. These were identified to have the capacity to undergo zygotic genome activation and blastocyst development, and were compared with embryos which are metabolically active but are destined to undergo cleavage arrest. Interestingly, amino acid turnover by early cleavage embryos appears to be linked to embryo genetic health.

In this context inadequate energy production has been postulated as a cause of aneuploidy induction, due to errors during the energy-dependent processes of chromosome alignment, segregation and polar body formation. Preliminary trials of in vitro amino acid profiling suggested that this strategy might be used to identify cleavage stage embryos with high implantation potential. Metabolic profiles of developmentally competent, frozen-thawed human embryos were also consistent with those of fresh embryos, and metabolic profiles could be used to identify frozen-thawed embryos with the potential to develop to the blastocyst stage in vitro.

Although underlying principles and concepts may be valid and initial results were encouraging, the technical demands of the essays and complexity of diagnosis have so far restricted their clinical application.

miRNAs are small, stable non-coding RNA molecules of 18–22 nucleotides that are thought to be negative regulators of gene expression, driving numerous cellular processes by repressing translation of mRNA. They are secreted from cells into the extracellular environment, where they can act as signaling molecules, and have been found in urine, milk, saliva, semen and plasma. Their role in embryogenesis and development both in humans and in other species has been reviewed by the researchers. The types and amounts of miRNA secreted into culture medium has been analyzed by quantitative real-time polymerase chain reaction (qPCR), with initial results suggesting that differences between viable and nonviable embryos can be detected. The qPCR method is fast, relatively inexpensive and can be used with small sample volumes, but several logistic challenges still remain before it can be applied in routine clinical IVF.

Studies examining the levels of mtDNA in blastocyst trophectoderm have suggested that embryos with high levels of mtDNA do not implant, and quantification of mtDNA in blastocyst trophectoderm has been proposed as another biomarker of embryo viability. However, conflicting results continue to challenge the potential significance of mtDNA in human embryo implantation, and a number of studies have not been able to confirm this observation. Methods used to quantify mtDNA have technical limitations, in particular due to the challenge of quantification in a small number of cells, as well as the fact that the number of cells in a trophectoderm biopsy varies from sample to sample.

To compensate for this factor, the amount of mtDNA detected must be normalized against reference DNA sequences in the nuclear genome, and this crucial parameter can differ between protocols/studies. Our current understanding is inadequate in many areas, and further validation of protocols is essential. The technical challenges of mtDNA quantification must be fully appreciated in order to understand the significance of study results.

High levels of mtDNA are thought to be a reflection of cellular stress, and the levels could be influenced by factors specific to their in-vitro culture, such as culture medium, handling procedures or ovarian stimulation protocols, as well as by patient-specific parameters. It is possible that the phenomenon of elevated mtDNA as an indicator of embryo stress might be usefully applied in attempts to optimize aspects of IVF treatment.

The activity of individual genes in an embryo change continuously in response to fluctuating intrinsic requirements or environmental conditions. Embryonic gene expression has been assessed at different stages of preimplantation development, using real-time PCR analysis of cDNA fragments as a measure of mRNA transcripts as well as by single-cell RNA sequence profiling. More recently, in vitro transcription techniques have been developed that allow oocyte and embryo mRNA to be amplified to a level that can be analyzed by microarrays. Factors related to patient or treatment have been shown to have an effect on gene expression in oocytes, morulae and blastocysts, and different patterns of gene expression have been associated with the use of different types of culture media. Although the technology is far from routine clinical application, as a research tool it is hoped that data accumulated from gene expression studies over time may eventually lead to the identification of markers for embryo viability and implantation potential.

Overall, the search for biomarkers as predictors of developmental potential has highlighted important principles, in particular the fact that there may be differences between different patient populations, or even between individual embryos in a single cohort. It is now clear that early stage embryos have a high degree of plasticity, reflected by the effect of culture conditions on patterns of gene expression. Sophisticated analytical methods are capable of producing hundreds or thousands of variables that can mask a drift in accuracy. There are no simple “standards,” and different analytical methods can produce varying results, making them difficult to standardize.

Although the technologies continue to contribute to our basic knowledge about early embryo development, such concerns make the technique difficult/impossible to introduce into clinical routine, and morphological assessment continues to be the most appropriate tool in selecting embryos for transfer in a routine IVF laboratory. 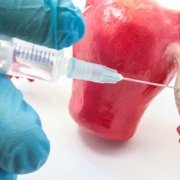