During the transition from morula to blastocyst, the embryo enters the uterus, where it is sustained by oxygen, and a rich supply of metabolic substrates in uterine secretions. The subsequent sequence of events that lead to implantation is a crucial milestone in embryo development. Carefully orchestrated programs are set into action, which establishes diverse cell lines, specify cell fate and major remodeling that will generate the embryo and its extra-embryonic tissues: during gastrulation, the three primary germ layers that lead to body formation are formed. The critical conditions that are created in this early stage will pave the way to a successful pregnancy.


At the site of implantation, the trophectoderm cells produce proteolytic enzymes that digest a passage through the zona pellucida, as the blastocyst “hatches” free of the zona. Uterine environment may also contain a proteolytic enzyme, but very little is known about the molecular basis for hatching. The exposed cell layers of the hatched blastocyst make firm physical contact and implantation starts. The process of implantation, leading to the successful establishment of a pregnancy, must be carefully coordinated in time and in place.

The embryo and the uterus, both highly complex structures, must interact correctly and at the appropriate time in order for a pregnancy to be established; a multitude of different factors can influence their respective unique developmental characteristics. Implantation is initiated via a molecular dialogue between the “free” hatched blastocyst and the endometrium, which allows the embryo to attach to the endometrial epithelium (decidua). The blastocyst trophectoderm secretes hCG, which provides direct signaling to the epithelial cells of the endometrium; hCG is detectable in maternal circulation within three days of embryo attachment to the endometrial epithelium—i.e., 9–12 days post ovulation.

Trophectoderm cells from the blastocyst migrate between the epithelial cells, displace them and penetrate up to the basement membrane. The process of implantation can be divided into three stages: apposition, adhesion and invasion; the three phases must occur during a period when the uterine endometrium is maximally receptive, a period that is known as the “implantation window.”

The embryo enters the uterus 3 or 4 days after ovulation, and hatches from the zona pellucida as an expanded blastocyst on Day 5–6, so that the hatched blastocyst is “opposed” to the uterine endometrium. Apposition is facilitated by the transient appearance of specialized epithelial cellular membrane protrusions or “pinopodes,” which surround the pits in endometrial glands and actively reabsorb the uterine secretory phase fluid. Their appearance is progesterone-dependent, they are present for only 2–3 days (between days 5 and 7 post ovulation), and they are a morphological marker of the opening of the implantation window.

During the receptive stage, the microvilli on the apical surface of the uterine epithelial cells shorten and MUC1 expression decreases in the immediate vicinity of the blastocyst. In response to estrogen, expression of maternal factors such as LIF is increased, which promotes endometrial receptivity to blastocyst attachment. When apposition is achieved, the adhesion molecules have access to each other, and the embryonic cytotrophoblast cells of the trophectoderm become attached to the endometrial cells.

The integrin family is one of the key adhesion factors involved in human implantation. Experimental evidence has shown that hCG upregulates the integrin avb3, and interleukins IL-1 α and IL-1 β from the embryo is also involved. Human oocytes, early embryos and blastocysts express integrins, and they are also widely expressed by the glandular epithelium. Some are synthesized at a constant rate (α2, α3, α6, β1, β4, β5), whereas others vary during stages of the cell cycle (α1, α9, αv, β3, β6). The αv family of integrins are most likely to be involved in attachment; they bind fibronectin, osteopontin, vitronectin and other components of the extracellular matrix.

Pre-villous trophoblast starts to differentiate between days 7 and 12, and endometrial transformation (stromal decidualization) is underway by Day 12 post ovulation. Cytotrophoblasts of the embryonic trophectoderm are mononuclear undifferentiated stem cells that are precursors of all trophoblast forms. These differentiate into subsets via a complex process of gene repression to prevent their self-renewal and induction of genes that promote new biochemical functions.

The first signs of a cleavage reaction can be seen already on the 23rd day of the normal menstrual cycle (10 days after the peak of the release of luteinizing hormone), when the spiral arteries of the endometrium first become noticeable. Over the next few days, the effect of progesterone causes the stromal cells surrounding the spiral arteries to transform and differentiate into pre-decidual cells. This progressive decidualization of the endometrial stroma prepares the uterine mucosa for the presence of invasive trophoblasts, but at the same time closes the door for implantation. At this stage the embryo first becomes visible to the maternal immune system.

The existence of a transient implantation window in the human appears to be approximately 5 days long (Day 6 to Day 10 post ovulation in the normalized 28-day menstrual cycle), and the opening of the receptive phase is not as clearly defined as its termination. During human embryo implantation, trophoblast is penetrated through the epithelium, and the process is likely to be more strongly regulated by complex and multifactorial interactions between embryo and endometrium.

Successful implantation requires both a synchronous development and a synchronized interaction between blastocyst and endometrium. Direct signaling from the embryo to the endometrium upregulates molecules such as the integrins, and this signaling promotes blastocyst adhesion. The blastocyst initially derives nourishment from uterine secretions, but in order to continue growing the conceptus must develop its own vascular system and, as a first step, induces a highly specialized reaction in the uterine stroma that initiates sprouting and growth of capillaries—the primary decidual reaction. The decidualized stromal cells make peri-cellular fibronectin.

Research in humans continues, now using endometrial organoid culture and micro-array technology to look at gene expression in order to identify those factors that determine a receptive endometrium, with the hope of elucidating mechanisms that may enhance successful implantation after ART. 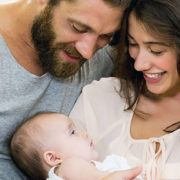 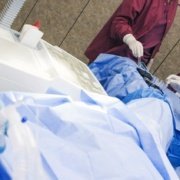 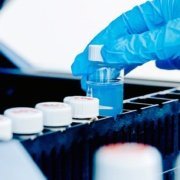 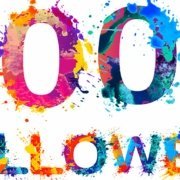 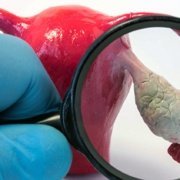 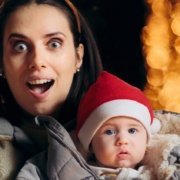 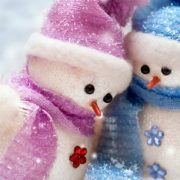 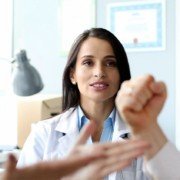