Since the groundbreaking observation that human spermatozoa produce reactive oxygen species (ROS), a lot of research showed that these highly reactive substances with reaction times in the nano- to millisecond range, not only essential triggers (such as capacitation) for cellular physiological functions, but also as a cause of oxidative stress (OS).

Considering the very special composition of the sperm plasma membrane with an extraordinarily high amount of polyunsaturated fatty acids, spermatozoa are extremely sensitive to OS. Meanwhile, OS has been recognized as a major contributor to male infertility through its actions in the pathogenesis of testicular damage, varicocele, cryptorchidism, or male genital tract infections and inflammations. These oxidative events will eventually lead to sperm dysfunction as normal sperm morphology, motility, and sperm DNA integrity are significantly affected.

The latter, though not generally accepted as a diagnostic parameter recommended by the Practice Committee of the American Society for Reproductive Medicine [2008] because the current methods do not reliably predict treatment outcomes and treatment of poor sperm DNA damage would not have proven clinical value. Therefore, a better understanding of OS-related DNA damage, its pathogenesis, consequences, and clinical management are essential.

Semen Quality in the Ejaculate

Semen quality has traditionally been promoted as a marker of fertility potential in the male. The latest edition guidelines on appropriate laboratory and diagnostic techniques alongside normal reference ranges for clinical interpretation. This focuses on the more traditional semen analysis markers, including spermatozoa concentration, motility parameters, vitality (spermatozoa viability), and leukocyte concentration.

Furthermore, quality of the ejaculate is relevant to the constituents of the seminal plasma and, particularly, the array of appropriate proteins and amino acids, including various cytokines, as well as lipids, ions, and hormones. In addition, this includes antioxidants such as SOD, catalase and glutathione peroxidase, and exogenous micronutrients, vitamins A, C, and E, copper, zinc, co-enzyme Q10, and Ubiquinol.

Hepatitis B Virus (HBV) and ROS

HBV infection is considered to be challenging because this virus is present in many body fluids including semen and can easily penetrate the genome and cross blood-tissue barriers. HBV is transmitted via multiple routes such as perinatal, parenteral, and sexual. HBV can be integrated into sperm genomes, causing hereditary and mutagenic consequences that are easily vertically transmitted to future generations.

The DNA integrity of the spermatozoa is particularly vulnerable to OS. DNA damage is a major characteristic of reactive oxygen species (ROS)-induced defects to spermatozoa. These damages can either be due to direct oxidation of the DNA causing DNA fragmentation or due to indirect action of end products of LPO such as malondialdehyde (MDA), 4-hydroxy-2-alkenals, or 2-alkenals, which are mutagenic and genotoxic.

Mechanism of OS induced DNA damage includes aberrant spermatozoa maturation, DNA fragmentation, and apoptosis. Consequences of increased DNA fragmentation are very significant. These include the inability for genomic fusion after oocyte penetration (causing infertility), which is associated with spontaneous abortion if fertilization does occur and also with numerous disorders in the offspring because this damage can be transmitted to the progeny.

Molecular markers of increased DNA damage and fragmentation include base adducts evidenced by increased 8-hydroxy-2’-deoxyguanosine (8OHdG), a known marker of DNA oxidative damage.

Reactive oxygen species (ROS) disrupts male fertility through lipid peroxidation (LPO) on cell membranes and mitochondria and through protein damage to molecular structures including DNA. DNA fragmentation and mitochondrial dysfunction are important consequences and, then further causes, of OS.

The determination of OS in the male reproductive system is not yet standardized, and techniques currently include chemiluminescence, fluorescence, TBARS, and NBT tests on the ejaculate. More recently, oxidation-reduction potential (ORP) determination via the MiOXYS has been standardized for the determination of ORP in seminal fluid, yet this requires further clinical validation. Management of OS is also not clearly defined, however, appropriate nutritional therapy, micronutrient supplementation, and phytotherapy considerations are recommended for short-term application to reduced OS and subsequent DNA fragmentation systemically as well as in male reproduction. 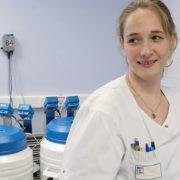 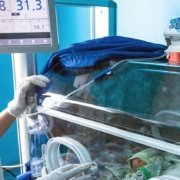 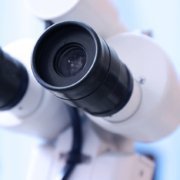 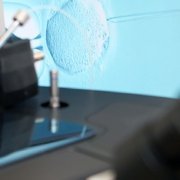 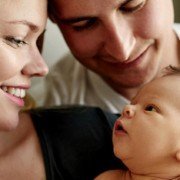 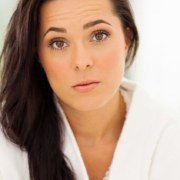 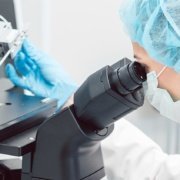 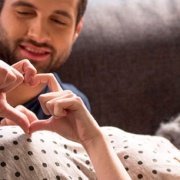 The Last Trimester of Your Pregnancy
0 replies