Follicle-stimulating hormone (FSH) is the dimeric glycoprotein produced by the anterior pituitary, responsible for testicular spermatogenesis and ovarian folliculogenesis, acting on its cognate receptor on the Sertoli cell and granulosa cell, respectively. Evidence of early follicular phase (basal/cycle day 2-4) FSH elevations with reproductive aging was first established more than 40 years ago.


Through observation of the endocrine characteristics in IVF cycles of poor responders, it was determined that early follicular FSH levels were frequently elevated. Follicle-stimulating hormone has been the most ubiquitous and accepted initial endocrine ovarian reserve test. However, it is an ORT with significant limitation, and in most circumstances should be used as a prognostic aid, rather than an exclusionary test.

The regulation of follicle-stimulating hormone production and secretion is under the control of gonadal sex steroids, as well as inhibin B (another ORT of limited value and now infrequently used). Loss of gonadal function at menopause results in significant elevations of FSH through the interruption of the classic endocrine negative feedback loop of the hypothalamic-pituitary-ovarian axis.

This FSH elevation at menopause is the sine qua non laboratory result, such that measurement of FSH at menopause has no clinical value in making the diagnosis. It has been the goal of many clinician scientists to determine the threshold value of FSH to predict either successful or unsuccessful outcomes of fertility treatments and, to a limited extent, predict spontaneous conception.

There has been limited research on the value of basal follicle-stimulating hormone testing in the prediction of spontaneous conception, as earlier fertility research and testing have largely been targeted towards treatment rather than prevention of disease. The largest study to date on basal FSH levels in spontaneous pregnancy found that FSH levels of 8 IU/L were associated with reduction in the probability of spontaneous pregnancy within the subsequent 12 months of attempted conception.

Women with FSH levels of 10-15 IU/L and day 3 estradiol levels under 40 pg/ml had similar live birth rates when undergoing COH/IUI, when compared to women with FSH levels <10 IU/L. The value of the day 3 estradiol in conjunction with the FSH result serves to confirm the proper timing of the FSH level in the early follicular phase, as well as to effectively rule out artificially low basal FSH due to a functional ovarian cyst.

However, this study suggests that even moderately elevated follicular phase estradiol levels, in conjunction with a moderately elevated follicle-stimulating hormone, may be further suppressing an otherwise higher FSH level through negative inhibition and that the combination of these two ORT findings should provide consideration to counsel the patient/couple into more intensive but successful treatment (IVF). A recent analysis of 2019 IUI cycles with the husband’s sperm revealed that FSH levels ≤7 IU/L were associated with an odds ratio of 1.4 for pregnancy.

The use of basal FSH testing seems to have its greatest utility in conjunction with prediction of IVF outcomes. Unfortunately, it is a very insensitive test (normal results are poor in determining whether IVF will be successful) but does have good positive predictive value (PPV-elevated follicle-stimulating hormone levels are good in determining that IVF will be unsuccessful).

A 2004 meta-analysis, using basal FSH cut-offs ranging from 11 to 25 IU/L for patients undergoing fertility treatments (predominantly IVF), found a test sensitivity of 6.6%, with a PPV of 92% when disease prevalence was 40%. There is demonstrable inter-cycle variability with basal FSH testing, leading to the rationale to attempting IVF and ovarian stimulation during a cycle with a lower basal follicle-stimulating hormone.

The largest study to date looking at repetitive basal FSH levels in women undergoing multiple IVF cycles found that overall maximum FSH levels predicted IVF cycle cancellation rates better than current cycle FSH level. When comparing cycles where the prior maximum follicle-stimulating hormone level was >13 IU/L, subsequent IVF cycles with a current normalized FSH level resulted in an increase of 0.5 metaphase II oocytes when compared to IVF cycles where the FSH level was persistently elevated, without a corresponding increase in pregnancy rates. It appears then that using an improved, current basal FSH level as an indicator for treatment initiation has very little supportive evidence.

Rather, it appears ovarian reserve screening by repetitive basal FSH measurements to determine maximal basal FSH levels is a way to modestly improve the sensitivity of basal FSH testing. However, such a screening strategy may result in treatment delay and at follicle-stimulating hormone threshold levels of above 13 IU/L will result in the loss of the ability for adequate treatment intervention in a latent stage of the disease.

The best use for basal FSH seems to be to use threshold levels for predicting IVF success (live birth rates). Basal FSH level of <7 IU/L seems to correlate with highest live birth rates when stratified by age, and basal FSH levels of >18 IU/L correlate with live birth rates of <2%. Follicle-stimulating hormone levels are not reassuring at any age, and any Elevation above 7 IU/L should cause concern. Moreover, progressive rise in the FSH levels above 7 IU/L should cause increasing concern. 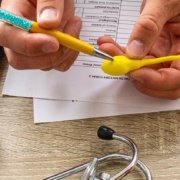 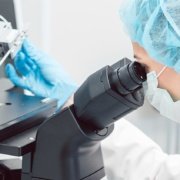 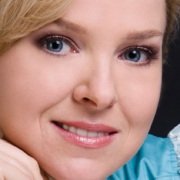 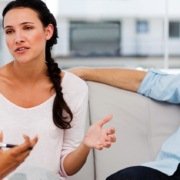 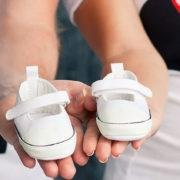 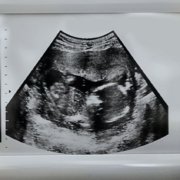 Ovarian Reserve Test and Its Implications on Fertility