AMH is a glycoprotein composed of two identical monomers linked by disulfide bridges, and the hormone circulates as a dimer. It is a member of the transforming growth factor beta (TGF beta) superfamily of molecules involved in tissue growth and differentiation. AMH was first identified as a key factor in male sex differentiation, and owes its name to the role it plays in this process. At 7–8 weeks’ gestation, Sertoli cells in the fetal testis secrete AMH, which induces regression of the Müllerian ducts. In the early female fetus, the absence of AMH allows these ducts to develop into the uterus, fallopian tubes and the upper part of the vagina.


In women, AMH is produced by granulosa cells from growing preantral and antral follicles. It is secreted into the blood and therefore can be measured in serum. Levels are almost undetectable in female babies, and they then gradually increase during the first two to four years of life, after which they remain stable until onset of puberty. Serum AMH declines gradually through reproductive life as the follicular reserve is depleted, and it is undetectable after menopause.

Serum AMH levels reflect the follicular ovarian pool: a reduction in the number of small growing follicles is followed by a reduction in circulating AMH, and this strong correlation may be used to predict the onset of menopause. If the ovaries are surgically removed, AMH is undetectable within 3–5 days, indicating that it is produced only by cells in the ovary. This also makes it a useful biomarker in post-ovariectomy follow-up of ovarian cancer patients: granulosa cell tumors have a high incidence of recurrence, and AMH monitoring allows their early detection.

During the menstrual cycle, the granulosa cells of the growing antral follicles secrete AMH under the influence of pituitary FSH. When a follicle reaches the size and stage of differentiation that determines its dominance prior to ovulation, AMH is no longer expressed. This occurs in antral follicles 4–6 mm; growing follicles are more sensitive to FSH in the absence of AMH, and the transition from the primary to the growing follicles enhanced in its absence. It is not expressed in atretic follicles or theca cells. Polymorphisms in the AMH gene or in its receptor seem to be related to follicular fluid and follicular phase serum estradiol levels, suggesting that it may also have a role in FSH-induced steroidogenesis in the ovary.

Variation in serum AMH levels throughout the menstrual cycle was investigated. For clinical purposes, the variation between and within cycles appears to be sufficiently low so that basal measurements can be carried out at any time in the cycle. Serum levels are not affected by pregnancy, GnRH agonist administration or short-term oral contraceptive treatment. During COS with gonadotropins, AMH levels in follicular fluid have been found to be threefold higher in small than in large follicles, confirming that AMH production by granulosa cells declines during final follicular maturation, as follicles grow to a stage where AMH is no longer expressed.

AMH as a Biomarker of Ovarian Function

The correlation between circulating AMH levels and the number of early antral follicles has led to its measurement as a biomarker of ovarian function in assessing functional ovarian reserve. Very low or undetectable serum levels are found in women with early ovarian aging and premature ovarian failure, and AMH is now used routinely as a basal measurement prior to COS for assisted reproduction. Serum AMH is more useful in predicting ovarian response than the age of the patient or serum Day 3 FSH, estradiol and inhibin B. One of its advantages over the other hormonal markers is that it can be measured at any time of the cycle, since levels seem to have very low inter- and intra-cycle variation.

Levels decrease during FSH stimulation, and therefore assessment must be carried out before starting FSH treatment. Ovarian reserve as measured by AMH level does not appear to be related to the probability of achieving a pregnancy.

Circulating AMH levels in women with PCOS is significantly higher than in healthy controls, and this can be used as a diagnostic marker for PCO. Levels are even higher in women with insulin-resistant PCOS and may correlate with the severity of the syndrome. Significantly, elevated basal AMH levels are associated with a risk of hyper-response to gonadotropins and OHSS: treatment can be individualized in order to avoid OHSS by modifying FSH dosage during ART. Women with high AMH levels should be informed of their risk of developing OHSS.

AMH assessment is less reliable for the prediction of a poor response to stimulation, due to the incidence of false positive and false negative results at lower serum levels. Different laboratories have different cut-off points, and therefore predictive performance for “poor response,” depending on the proportion of older patients in their population as well as the definition of poor response, varies widely in different settings. Many patients described as “poor responders” on the basis of AMH levels go on to achieve pregnancy and live birth; it seems that young poor responders have a different prognosis compared with those in the older age group. AMH measurements should be used with very low cut-off values in order to minimize the incidence of false positive tests, and low AMH values should not be used to exclude couples from IVF without consideration of other markers of ovarian reserve, such as age, basal FSH and estradiol. Nutritional supplements that support the one-carbon cycle (1-CC) can have a positive effect on ovarian reserve, with an increase in circulating AMH levels.

Obese women have similar antral follicle counts to those of women of the same age with normal weight, but their serum AMH levels are lower. This suggests that there may be physiological factors in obese women that have an effect on circulating AMH. Smoking, alcohol use and race or ethnicity have also been found to have an effect on circulating AMH.

AMH as Predictor of Treatment Outcome

Although a correlation with fertilization rate, embryo morphology and chance of successful pregnancy has not been clearly defined, a positive correlation between basal serum AMH and the number of oocytes retrieved have been shown. It appears that follicular fluid AMH levels may have some predictive value, but circulating peripheral levels have not been found to be useful in this respect.

In conclusion, serum AMH levels are relatively stable and consistent, and this measurement has become an important and relevant tool in patient assessment prior to ART. High levels allow patients to be counseled about their risk of OHSS, and permit stimulation regimes to be individualized in order to minimize this risk. Similarly, women with low AMH levels may be given the option of using an antagonist protocol, with a higher starting dose of FSH.

Serum AMH can be quantitatively determined using immunoassay systems, and a number of different kits are available. Results are reported as either ng/mL, or pmol/L, and may vary according to the assay kit used, as well as with the demographics of patient populations. Current automatic essays appear to have improved sensitivity and reproducibility. However, every IVF unit should establish its own reference ranges and cut-off points, without relying on data from published work. Individual erroneous results can occur in patients who have received immunotherapy, as they may have antibodies that interfere with the immunoassay.

Rheumatoid factor, fibrin, endogenous alkaline phosphatase and proteins that can bind to alkaline phosphatase can also interfere with the assay leading to anomalous results. In addition, polymorphisms that can affect ovarian response have been identified in all of the peptide hormones and receptors of the hypothalamic-pituitary-gonadal axis, and the predictive value of AMH may be limited in individuals with genetic polymorphisms. 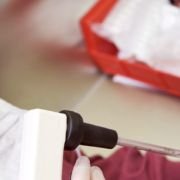 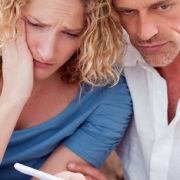 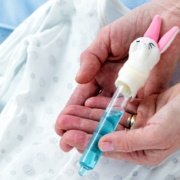 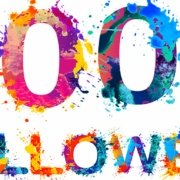 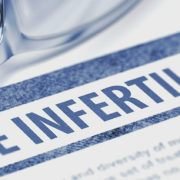 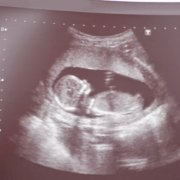