The decline in natural fertility goes hand in hand with the initial depletion of follicles and aging of the ovaries. The transformation of individual primary follicles into a growing follicular pool allows direct imaging with endovaginal ultrasound, when these growing follicles develop a fluid-filled anthrum that reaches ~2 mm in diameter.


Although direct measurement of the primary follicular pool is not possible, histological examinations of ovaries removed during surgery have shown a good correlation between the primordial number of follicles and the ovarian antral follicle count (AFC) measured during endovaginal ultrasound. This correlation is the basis for measurements of AFC as an ovarian reserve test (ORT).

There are limitations in the use of AFC measurement as an ORT. The test requires adequate visualization of both ovaries at a frequency of ≥7 MHz and 2D-endovaginal ultrasound to determine the overall AFC. AFC results may be inaccurate if ovarian pathology is present (e.g., ovarian endometrium or other ovarian masses). Antral follicle count should be optimized early in the follicular phase (preferably, not during oral contraceptive (OCP) use, as OCP users may experience a slight decrease in AFC).

All follicles from 2 mm to 10 mm in each ovary must be counted, and the total number of antral follicles must be determined by combining each individual ovarian AFC.

Even with the attempt to standardize antral follicle count measurement process, the test has significant intra- and inter-observer variability, with limits of agreement of AFC between +8 and −7 follicles when two measurements are performed by the same operator and similar results when performed by two different operators. Additionally, improvements in ultrasound resolution have resulted in raising AFC cut-offs predicting poor ovarian response. Such variance can hamper the performance characteristics of AFC as an ORT.

In spite of these limitations, when measuring AFC across consecutive menstrual cycles, there seems to be minimal inter-cycle variability, with inter-class coefficient of 0.71. AFC still remains an attractive ORT as it is a simple, point of care test that additionally yields useful anatomic information in the female fertility workup.

There is a demonstrable decline in the ovarian antral follicle count with age in women with proven natural fertility, with a decline of AFC of 4.8% per year before age 37, and an 11.7% annual decline thereafter. Additionally, this decline has shown to occur at a similar rate in the infertile population as well. However, there does not seem to be measurable differences in AFC measurements in fertile and infertile women under age 40, suggesting that a single AFC measurement in the fertile population should not be used in an attempt to predict future infertility.

Additionally, the observation of infertile women with poor ovarian response may simply represent the expected, age-related decline that would be seen in equivalent proportion if fertile women underwent controlled ovarian stimulation. Antral follicle count, when controlling for age, does not predict oocyte quality, with similar clinical pregnancy rates and miscarriage rates in women undergoing therapeutic donor insemination. Together, these findings would suggest that a low AFC discovered incidentally, or in the course of fertility investigations, should not be a reason for expedited IVF treatment.

The significance of antral follicle count as an ORT lies in its predictive value for ovarian response. In an individual patient data (IPD) meta-analysis of 5,705 women undergoing IVF, while age was the best predictor of poor ovarian response (area under the receiver performance curve (AUC) 0.61), AFC improved the predictive model (AUC 0.76).

The best antral follicle counts threshold for predicting poor ovarian response is not accurately defined, with AFC cut-offs ranging between <3 and <12. In addition to predicting poor ovarian response, numerous retrospective and prospective observational studies have shown that high AFC is predictive of ovarian hyper-response (>15-20 oocytes). The most commonly used AFC threshold for predicting ovarian hyper-response is 14, with a positive predictive value (PPV) of 58% for retrieval of more than 20 oocytes.

Increasing the threshold for antral follicle count to 18 will improve PPV to 71%. AFC does not appear to have added value in predicting IVF outcome, with age being the best predictor. 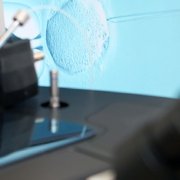 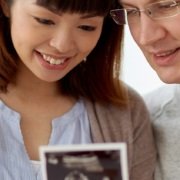 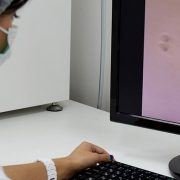 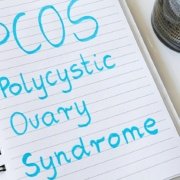 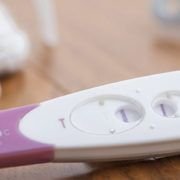 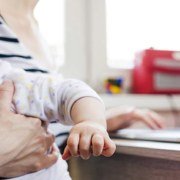 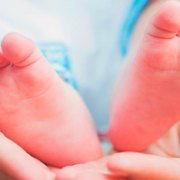 You and Your Baby Just After Delivery
0 replies