Female ovaries function to produce oocytes (eggs), female gametes. Fertility preservation options, including experimental methods, exist for pubertal and pre-pubertal females. When choosing an appropriate fertility preservation method, the risk of developing infertility, the timing of the expected loss of fertility, or the threatening fertility of the treatment, and its sexual status, should be considered.

Cryopreservation of embryos, also called as embryo banking, is a common method of fertility preservation for pubertal women. This process involves stimulating of the ovaries with fertility hormones for 10-12 days to produce eggs. Eggs are then removed transvaginally and fertilized by In vitro fertilization (IVF) with sperm from a partner or donor. The obtained embryos can be frozen until the individual plans for family planning. At this time, the embryos are thawed and transferred into the uterus of individuals, or their gestational surrogates.

Cryopreservation of oocytes, also called as egg banking, is an acceptable fertility preservation method for pubertal females. This process involves stimulating the ovaries with fertility hormones for 10-12 days to produce eggs. Eggs are then removed transvaginally and frozen until the individual plans for family planning. At this time, the eggs are thawed and fertilized with the sperm of a partner or donor, and the embryos obtained are implanted into the uterus of individuals, or their gestational surrogates. Most published data do not show a difference in fertility and pregnancy rates among women who used frozen oocytes compared to those with fresh ones. The American Society for Reproductive Medicine (ASRM) estimate a ~2% live birth rate per thawed oocyte after a slow-freeze and a 4% live birth rate per thawed oocyte following vitrification. The live birth success rate estimates for cryopreserved oocytes are not statistically significant compared to the success rate at birth for cryopreserved embryos. In addition, there is no evidence of an increased neonatal risk from cryopreservation of oocytes compared to other assisted reproductive technologies (ART).

Ovarian tissue cryopreservation, or banking, is an experimental method of female fertility preservation that includes surgical removal of all parts of the ovary. The surgery is usually performed laparoscopic, or for those who undergo radiation therapy, during the ovarian transposition surgery. After removal, the outer surface of the ovary, the cortex, is removed and then frozen into strips. The ovarian cortex contains most oocytes. Therefore, a small volume of cortical tissue can lead to cryopreservation of a large number of oocytes. The thawed ovarian tissue can eventually be transplanted back into the patient in an orthotopic (e.g., pelvic) or heterotopic (e.g., extrapolar) site. Pregnancies with live birth were achieved with orthotopic transplantation of cortical strips.

In 2014, the Practice Committee of the ASRM published an opinion on ovarian tissue cryopreservation, supporting its experimental use for people who require immediate gonadotoxic treatment and/or pre-pubertal females. Cryopreservation of the entire ovary is an acceptable method of fertility preservation for women whose reproductive potential is reduced because of their health status or their treatment.

Ovarian suppression is an option of fertility preservation available for pubertal women waiting for short-term treatment or gonadotoxin therapy. This is not an acceptable option for women with reduced reproductive potential due to their difficult health status. Ovarian suppression includes the use of drugs called gonadotropin-releasing hormone analogues (GnRHa). These drugs can be used, while a pubertal woman undergoes short-term gonadotoxic treatment or therapy. It has been suggested that the use of GnRHa can reduce ovarian perfusion, suppress the formation of pituitary follicle-stimulating hormone (FSH), and activate gonadotropin-releasing hormone (GnRH) receptors. There are limited data on the effectiveness of suppression of the ovaries with the help of GnRH to preserve fertility. Randomized control studies revealed different results without a statistical difference between use and lack of use of GnRHa.

New fertility options include removal of an ovary or testis biopsy before the first treatment. Removal of the ovary should be considered only in circumstances where there is a high level of presumed sterility associated with treatment. If tissue removal is justified, there are many options for these cryopreserved tissues, including tissue transplantation for women. This process has led to more than hundred live births and given the absence of cancer cells, which reduce the utility of this method for cancer patients, can be considered.

It is important to note that the best option for each patient is to maintain the best quality egg in vivo for the longest period. Thus, a natural pregnancy, if possible, and hormonal interventions as a second-line option, are the best starting point for the provider. 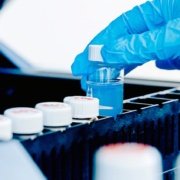 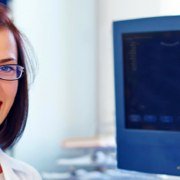 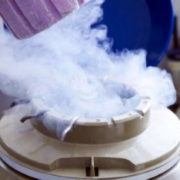 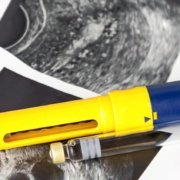 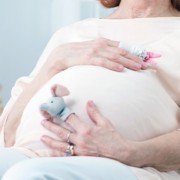 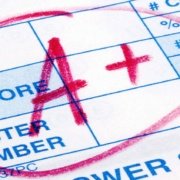