Early births of newborns after autologous frozen embryo transfers (ET) were met with reasonable resistance due to the limited effectiveness of early embryo cryopreservation methods, and questions related to the overall safety of embryo cryopreservation. This uncertainty effectively relayed embryo cryopreservation at its genesis to the status of an “adjuvant method” for IVF cycles, where the number of cultivated embryos was thought too excessive for simultaneous replacement during the fresh ET attempt.

ET derived from cryopreserved oocytes presents several potential benefits, where the most important is the fact that the doctor’s attention is no longer divided between both the maximizing of oocyte retrieval and the optimizing of uterine receptivity. This allows choosing more patient-friendly alternatives to endometrial preparation that often no longer include the daily administration of injectable drugs. Instead, doctors usually prefer to use either oral or intravaginal hormone therapy (artificial cycle), or even simply monitor menstrual cycle to determine the best time for ET without drugs (natural cycle).

Currently, human embryo implantation is the rate-limiting stage of ART. The transferred embryo and the maternal endometrium are the two key players, and the synchronous interaction between the capable embryo and the receptive endometrium is indispensable for successful implantation. In the natural menstrual cycle, the endometrial window of the implantation opens 6 days after the post-ovulatory progesterone surge and lasts approximately 2-4 days. During this period, a gradual process of embryo implantation takes place. In particular, first there is an apposition and adherence of the blastocyst to the endometrium, followed by the breaching of the luminal epithelium. Finally, the blastocyst invades the maternal tissue.

Ideally, when preparing the endometrium for ET, it would be possible to assess whether it is receptive (i.e., if it is in the window of implantation) or not. Unfortunately, a test for endometrial receptivity at the molecular level is still not widely accessible or has not been validated at this time. Therefore, ultrasonography and endocrine monitoring, being non-invasive and widely available, currently serve as substitute markers for assessing the endometrial status prior ET.

Endometrium requires adequate growth to ensure successful implantation. A lower probability of pregnancy has been reported for women with a thin endometrium. In addition, a trilaminar endometrium on the day, corresponding to the ovulation trigger day, is associated with an increased likelihood of pregnancy.

Although the exact mechanism is unclear, the worsening of normal endometrial growth may cause a thin endometrium. A number of treatments (incl. hysteroscopic adhesiolysis, hormonal manipulation by estrogen and the GnRH-agonist, vasoactive drugs usage, intra-uterine infusions of growth factors such as G-CSF, and the application of regenerative medicine) have been suggested to stimulate endometrial growth in patients with a thin endometrium, but without much success.

In addition to the thin endometrium, other women who do not have an apparent problem in terms of endometrial growth and development still cannot reach implantation after multiple ET of good quality embryos. In particular, these women may suffer from recurrent implantation failure (RIF), defined as the absence of implantation after two consecutive cycles of IVF/ICSI, or frozen ET cycles in which the cumulative number of embryos previously transferred were no less than four cleavage-stage embryos or two blastocyst. Evidence-based diagnostic and therapeutic interventions for this group of women remain even more limited, as the main reasons for RIF are greatly unknown.

Oocyte donation was associated with a higher risk of adverse obstetric and neonatal outcomes, namely pre-eclampsia, low birth weight, and premature birth. Having said this, one might wonder whether performing ET using frozen oocytes/embryos (instead of fresh ET) affects these risks and in which way?

Low birth weight (LBW) and premature birth (PTB) are more common after IVF/ICSI than after natural conception, even if only singleton pregnancies are counted. However, the frozen ET strategy can significantly reduce the frequency of both. The explanation of this end is not yet clear. However, findings have shown an altered fetal and placental development after ovarian stimulation for IVF. This effect may not have the same significance in oocyte donation cycles, as ovarian stimulation is not usually prescribed to the recipient. On the other hand, besides the effect of ovarian stimulation, it should also take into account that oocyte/embryo vitrification by itself serves indirectly as a selection method, which may result in improved embryo quality and, consequently, in improved obstetrical outcome.

There is no difference between fresh and frozen ET for stillbirth or perinatal mortality. However, for frozen ET, a higher cesarean section rate was observed. Possible reasons for this may be that women undergoing frozen ET were more likely to have had a previous cesarean section compared to women undergoing fresh ET. Alternatively, after several failed IVF/ICSI attempts, these women may also have more cases of caesarean sections performed given the false sense of increased safety is often associated with this way of delivery.

It is reported that there is the same risk of large congenital anomalies developing in children after fresh or frozen ET. In addition, vitrification also does not appear to have a negative impact on the health of newborn offspring compared to fresh ET. In particular, the neonatal health parameters (incl. the prevalence of congenital malformations) in singletons and twins born after embryo vitrification were similar or slightly better than after fresh ET.

In a specific subgroup of patients with polycystic ovary syndrome (PCOS) after frozen ET, a higher birth rate was found, mediated by a lower rate of pregnancy loss, compared to fresh ET. However, a higher risk of preeclampsia was noted. This corresponds to a higher risk of pregnancy-induced hypertension. Nevertheless, the clinical significance of these results and extrapolation to oocyte recipients requires further investigation. 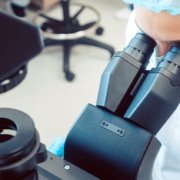 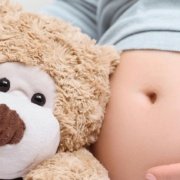 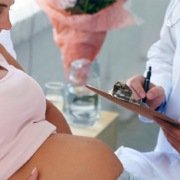 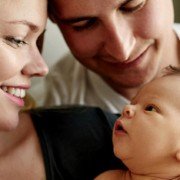 Methods to Assess the Ovarian Reserve